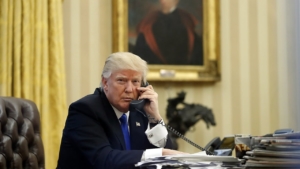 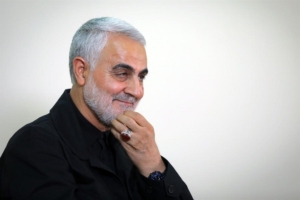 In Teheran, Senior Hajj official  said talks with Saudi officials have not been finalized yet and the two sides are still discussing some remaining issues mostly the issue of Iranian martyrs in Mina stampede tragedy in 2015. About 500 Iranian pilgrims were killed during a stampede in 2015 Hajj annual congregation when, according to reports, two large groups of pilgrims arrived together at a crossroads in Mina, a few kilometres east of Mecca, on their way to performing the ‘Stoning of the Devil’ ritual at Jamarat. Pilgrims cannot perform their great religious duty in 2016 due to sabotage of the Saudi officials who not only did not apologize for their mismanagement of Hajj in 2015, but also failed to meet expectations of the Iranian side for resumption of sending the Iranian pilgrims for Hajj rituals.

Leader of the Islamic Revolution Ayatollah Seyed Ali Khamenei slammed the US rhetoric of military action on Iran as a ploy to distract attention from the real war against the Islamic Republic. The real purpose of the military threats is to disturb the Iranian officials concentration on economic progress.“The enemy is trying to ignore the (Iranian) developments and major achievements in the past 38 years (after the Islamic Revolution) and demoralize the people” he have said in Teheran. Describing the ethnic diversity in Iran as a privilege, the Leader said the adversaries seek every opportunity to create rift in Iran but the Iranian nation remains integrated and united in the face of the enemies.

The Un resolution officially stops Teheran trade sanctions. “It’s the only chance to stop the nuclear program” the Us government said. While it’s an important commercial solution for Europe and Italy.

[subscriptionform]
[level-european-affairs]
Thanks to the UN resolution on 20th July, the Security Council has approved the end of sanctions against Iran. Go ahead, then, to the pact between the 5 + 1 and Teheran found in Vienna last 14th July. The document will come into effect no earlier than 90 days.

A historical agreement for the West in geopolitical and economic point of views. Geopolitical for the United States, as noted on July 23 by the US Secretary of State Kerry: “We could certainly expect Iran fall – he told the Congress -. But it was the best possible option. I hope that the Congress (addressing to the Republican Party, ed) approve because this is the only chance to stop the nuclear program and avoid the risk of a military clash,”he concluded.

But in addition to policy issues in the Arab world, solutions are also commercial. Executive Vice President and General Manager of Saras (Italian oil refining company) Dario Scaffardi, in a summit on business and finance, as well as underlining the benefits that the decline in oil prices has already resulted in the international market, has reported that, following the end of the embargo, his group has been contacted by Iran, got back to be the protagonist of the international market of crude oil. The return to oil production from Teheran “will carry a million barrels of crude oil per day on the market once the sanctions removed. With the possibility of adding 0.5-1 million barrels quickly enough, “said the manager of Moratti family factory.

On the Italian front, also, next 4th and 5th August, the Minister of Foreign Affairs Gentiloni Economic the Minister of Economical Development Federica Guidi will travel to Iran together with representatives of Italian largest industrial groups. The goal is getting back to a significant foreign trade with Teheran. In fact, before the revolution of 1979, Europe was the first import and export partner of the former Persia. In the early 1990s, this primacy went to Russia, which, in addition to geopolitical relations of friendship, made meaningful investment on oil and gas.
Giacomo Pratali

After 16 days of negotiations, yesterday the US, EU, Russia, Great Britain and China, and Iran reached historical deal on the nuclear program in Vienna. A pact that works for reduction of he production of uranium in Teheran for the next 10 years. And, at the same time, it stops sanctions and trade sanctions.

[subscriptionform]
[level-european-affairs]
Although this is the formal end to decades of conflict with the West, especially during the Presidency of George W. Bush, the Israel’s contrary reaction and the contemporart and inconsistent alliance between Washington and Sunni’s countries, like Saudi Arabia, could be a warning for the International Community.

Inspired by the cartel the previous April 3, the agreement includes four key points. The cut of 98% of the stocks of enriched uranium. The use of centrifuges reduced to two-thirds. The possibility, not automatic,of Alea inspections on Iran’s nuclear facilities, after approval of the court arbitrary composed by the same countries that have signed the agreement. The gradual reduction of the arms embargo within the next five years. The UN resolution is expected next week, when it meets the Security Council.

The heart of the matter between the US and Iran is mainly the use of enriched uranium for civilian and not military. But also there’s the will to create a diplomat axiswith the biggest Shiite state in the Middle East, able to support the Assad regime in Syria or Hezbollah in Lebanon and decisive in the reconquest of the north-western territories in Iraq, now under the Caliphate.

Additionally, beyond this agreement, there’s the oil question. Iran is the fourth largest producer in the world and, with the end of the embargo, will increase its production. The effect could be the oil drum’s fall in price on the International Markets. Moreover, until the seventies, Europe was the first foreign market for Teheran.

US President Obama said: “No deal means a greater chance of more war in the Middle East. America negotiated from a position of strength and principle and stopped the spread of nuclear weapons. The comprehensive, long-term deal, demonstrated that American diplomacy can bring meaningful change”. And warned Congress he would veto any legislation that prevented its successful implementation.

Iranian President Hassan Rouhani talks about “historic deal which opened a new chapter in Iran’s relations with the world”. Eu High Representative Mogherini thinks that the deal is ‘a sign of hope for the entire world’. While is a “sigh of relief for the entire world” in Russian President Putin’s opinion.
The chorus, however, was not unanimous at all the International Community. Predictably, Israel’s response was not long in coming: “The agreement is a historical mistake. “The world is a much more dangerous place today than it was yesterday. The leading international powers have bet our collective future on a deal with the foremost sponsor of international terrorism. “In the coming decade, the deal will reward Iran, the terrorist regime in Tehran, with hundreds of billions of dollars. This cash bonanza will fuel Iran’s terrorism worldwide, its aggression in the region and its efforts to destroy Israel, which are ongoing”. Whereas an official of the government of Saudi Arabia denounced the possibility that Iran could “devastate the Middle East”.

The contradictions within the deal, as the contemporary US alliance with Saudi coalition in Yemen against Houtii (Shiite’s faction supported by Tehran), could bring a long-term strategy. The chance given by the United States and its allies to Iran is directed to the Iranian civil society. The opening to the outside could bring the Shiites and the Sunnis to talks again. This could be an effective weapon against the expansionism of the Islamic State.

Not only abroad. Much of the criticism have come from the United States’s press. Bret Stephen (Wall Street Journal) said that “the agreement will be disastrous” and “unlikely Iran’s foreign policy will change”. Indeed, the deal could backfire on Washington.